Working Out With the Pros

Posted in Celebrity, Sports No Comments »

Every Type of Athlete Can Benefit From Working Out

It takes a ton of work for an athlete to climb up the ranks and be considered one of the best in their game. Natural ability and determination will only take you so far and for many, hard work is the factor that tips the scales in their favor. Ever wonder what kind of workout routines the top pros utilize to continue their success? You’re about to find out, but beware; these routines are not for the faint of heart. You might think P90X is difficult, but wait until you see what these athletes do on a daily basis.

The God of Clay 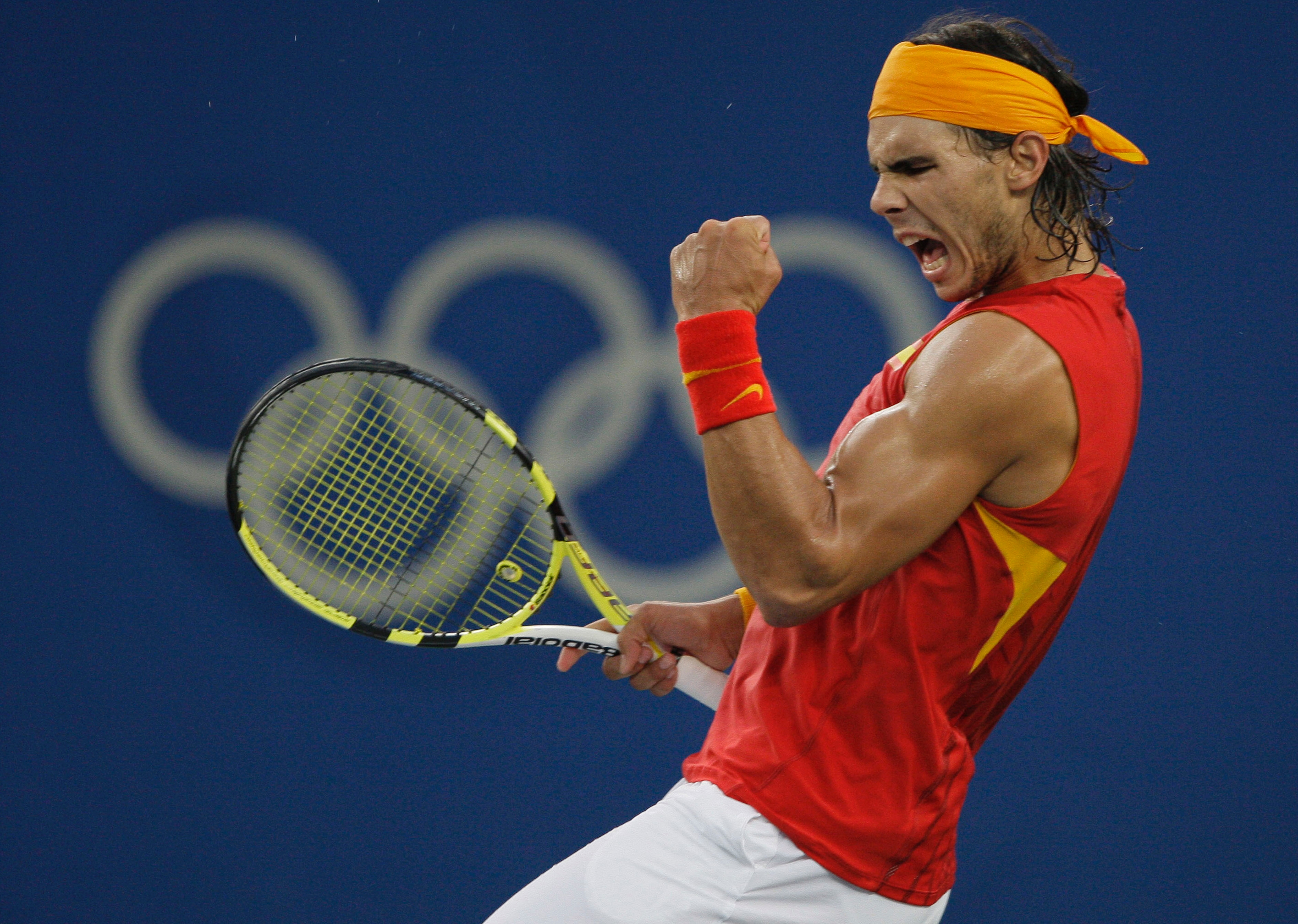 As one of the best tennis players to ever grace the clay courts (or any court for that matter), it would be a common mistake to think that Rafael Nadal was simply born to play tennis. The more accurate answer would be that he does have a natural gift but it’s his drive to be a better player that has fueled his success, which includes a maniacal workout routine. The seemingly never-ending energy that radiates from the Spanish pro is electrifying and it’s easy to see late in a match when his stamina is still going strong and opponents are struggling to keep up.

In the off-season, Nadal’s workout routine takes about 40 hours per week across six days, which makes staying in shape an intense job. With the aid of a personal doctor and physio expert that are on-hand for all of the workout sessions, the tennis pro pushes himself to the limit and makes sure that he will be in perfect shape once the season starts. Rafael Maymo, Nadal’s physio trainer, is charged with the task of massaging the muscles to both start and end a workout session.

For two of the six days, Rafa heads to the pool and focuses on aerobics by running back and forth across the pool in waist-high water about ten times. Not only does this add strength to his leg muscles and stamina from the cardio, but the low-impact setting in the water helps to prevent injury during training. Apart from sprint training and general tennis practice, which includes a wobble board for balance and footwork, Nadal also has a favorite exercise machine for strength training. Rafa’s weapon of choice is the TechnoGym Kinesis, a cable-based machine that allows for a wide variety of exercises. Here are a few of his favorites:

A Different Type of Athlete

A professional poker player may not seem like they needs peak physical performance, but the truth is that the game is much more strenuous than you might think. To prevail in a huge poker tournament, an incredible amount of stamina and mental focus is needed as a single day can last well over 15 hours, with the most important stages coming at the end of these long stretches. In addition, the lifestyle of traveling from event to event can wreak havoc on a player’s body and make it difficult to establish a normal training regimen. One example of a poker player that uses physical workouts to strengthen their poker game is Eugene Katchalov.

Once a struggling professional poker player with no major wins to his name, the Ukrainian-born Katchalov is now one of the most well-known faces of the game and has had several million dollar scores. Few fans would guess that a few short years ago, Katchalov weighed a hefty 230 pounds. His current svelte figure comes from the decision to start exercising on a regular basis. Similar to his approach to poker, Katchalov hit the gym hard and with focus, which ultimately resulted in a much trimmer waistline and a much healthier body weight of 180 pounds. To aid in changing the weight into muscles, a few proposition bets with fellow poker pros kept Katchalov concentrated on improving his body, including one that required him to do 1,000 pushups within three hours. Yes, he won the bet.

With all that work, has Katchalov benefited from all the exercise? Without a doubt. The pro is now cashing more than ever in big tournaments, both online and live, with a European Poker Tour win and second-place finish in 2014. In his own words, Katchalov says that he feels “like I have much more concentration, much more energy, and I just feel healthier and more mentally aware.”

Training is an essential part of being an athlete, whether it is the intense, game-day rigors of a tennis court or the long, drawn out trial of keeping focus at the final stages of a high stakes poker tournament. For both Nadal and Katchalov, their exercise programs have clearly contributed to their success and established both as top players in their respective games.

This entry was posted under Celebrity, Sports. You can follow any responses to this entry through the RSS 2.0 feed. You can skip to the end and leave a response. Pinging is currently not allowed.